Afterfracking
A photographic essay on gaps and fissures

In the search of cleaner fuels, changes happened concerning technologies to extract them from the depths of the Earth. One of these innovations is the use of hydraulic fracturing, a process consisting basically in horizontally drilling into wells to obtain the existing natural gas using water, sand and chemicals.

Fracking (this is how that process is commonly called) is generating an economic flourish in the many countries where it is being employed. As any new technology, fracking has its supporters and its detractors.

We live in times of fast changes. I don’t know if the Earth is (as many people think) a self-regulating system, but it seems to react to any intervention Man makes on/in it.

Cause – effect. It always happened and it will continue happening. Options are focused in getting better and cheaper energy resources while causing the smaller environmental impact.

When I first heard of fracking, I imagine myself as if I was the process itself: with eyes closed I experienced the drills, the inner explosions and the fluxes in the Earth.

I cannot go inside the fissures with my camera. Instead, I flowed into them with my imagination and my hands, and create these photographs using many of the chemical products employed in fracking. During the hours it took me to construct each image doing a chemical and physical work on the photographic paper, I was absorbed, almost enraptured while making them. And at the same time it was a scaring experience: I went inside imaginary tunnels and fissures like a chemical being, invading a secret territory.

Time and circumstances will tell if fracking was the definitive panacea in the quest of energy resources. We must be realistic: we need gas and oil for the present way of living. Whatever Man did/do, for good or for bad, had/has an impact (be it positive or negative) on our environment.

Changes are happening fast and now. We have to take position. And if we can’t do it now, it’s because there is still a gap to be filled. 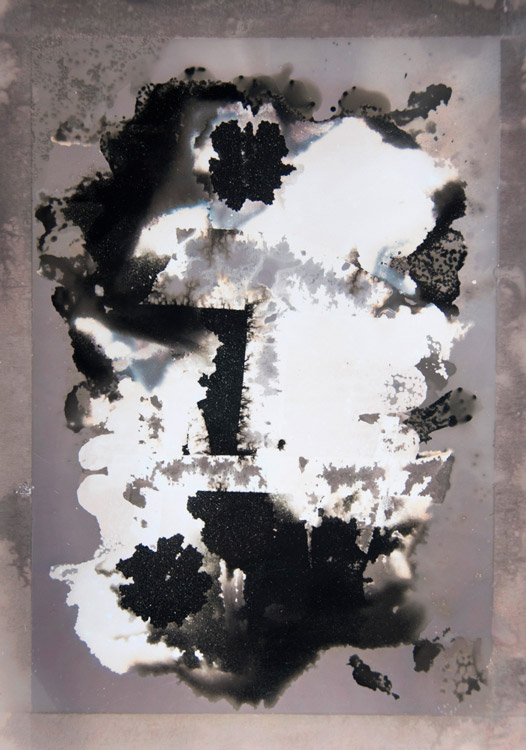 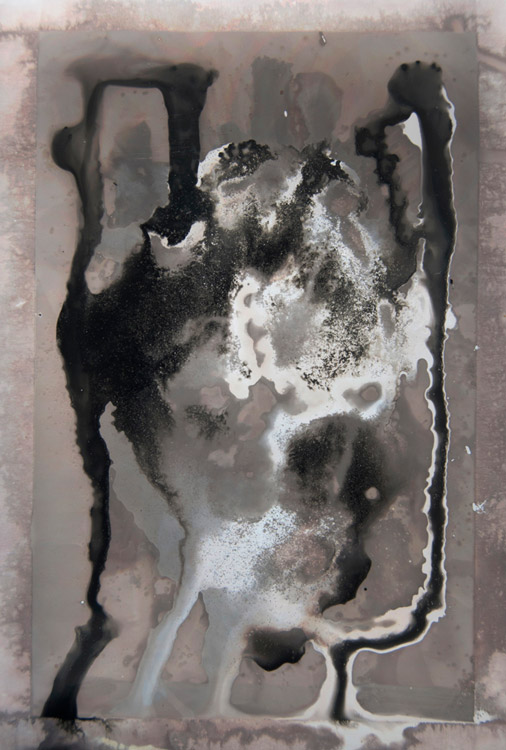 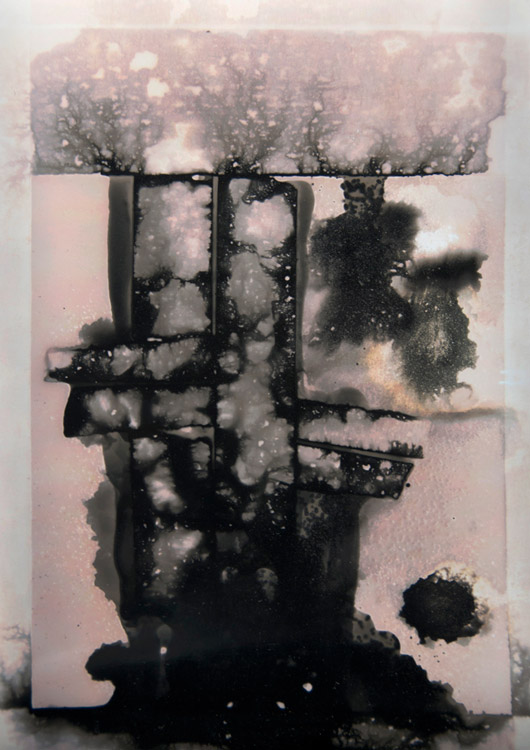 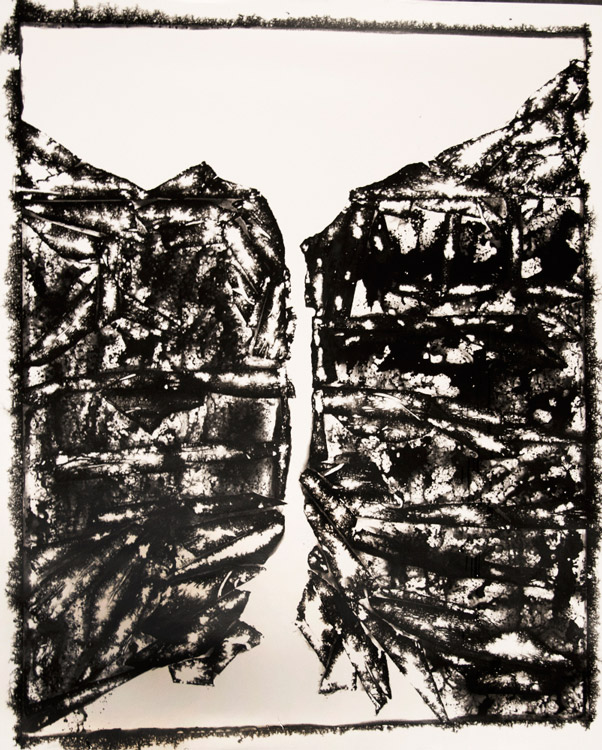 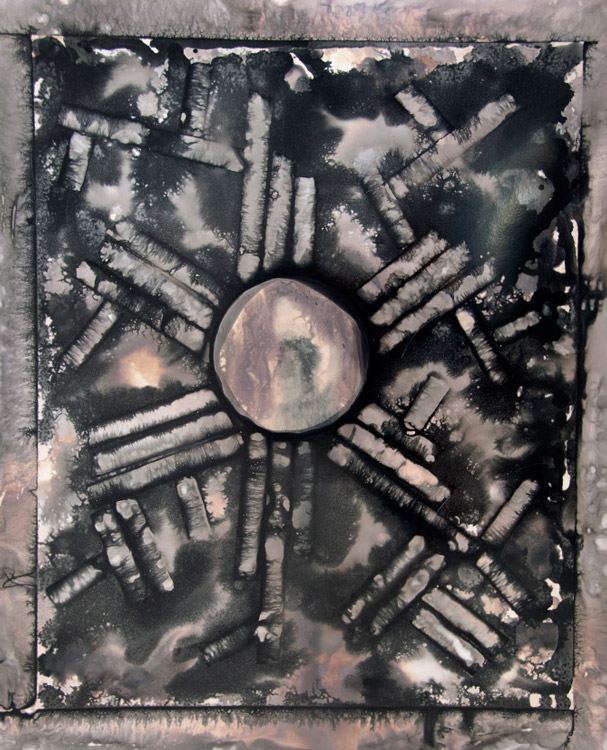 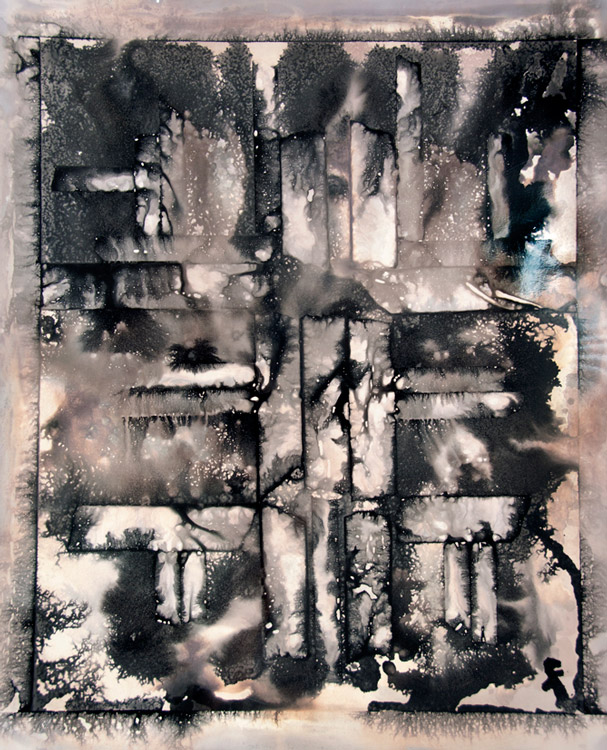 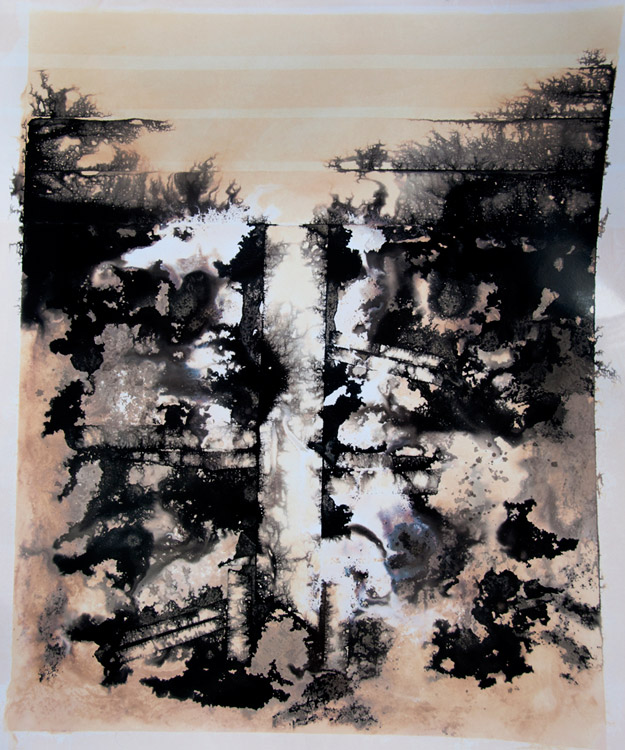 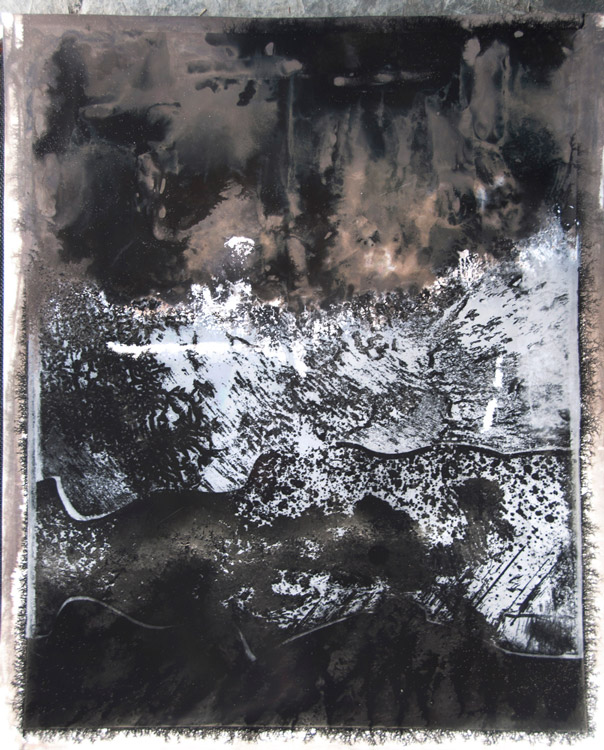 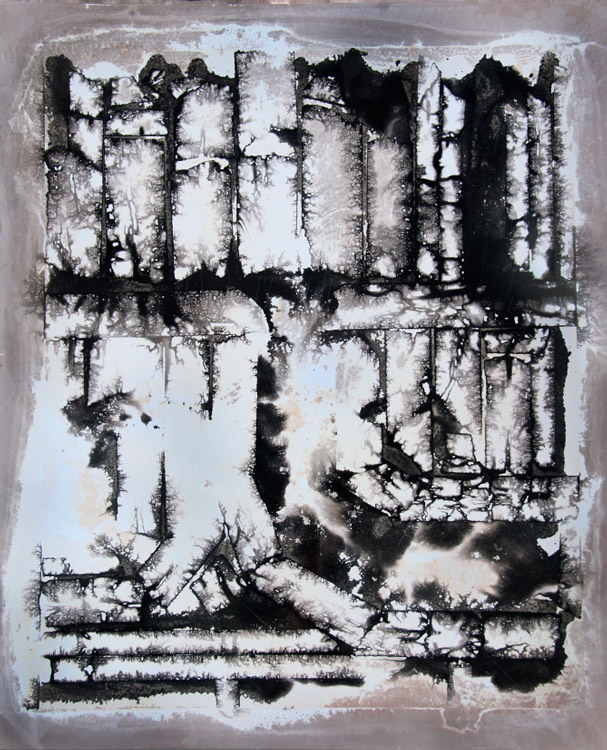 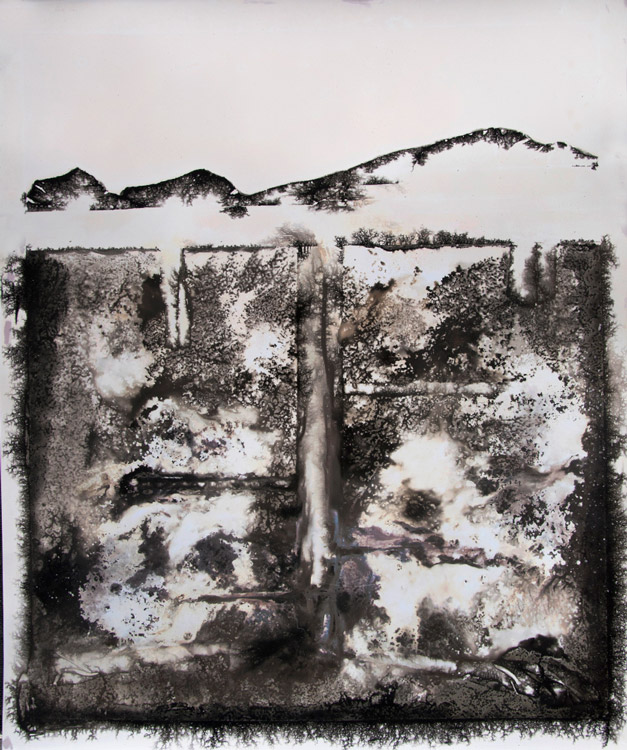