I was born in Montevideo, Uruguay, in 1955. My love for photography began when I was 28 years old, when my wife gifted me an issue of Popular Photography magazine. Since then, I began a long self-taught way to master photographic processes and techniques.

In 1985 I built my first darkroom, where I spent my free time after work in the chemical industry. In that year I was invited to show some of my works in a collective exhibition and in 1986 my work gained recognition in Uruguay. 1987 was the year of my first solo exhibition, and since that moment on, I have participated in many collective or solo shows. My work was then seen by Wendy Watriss in 1991, who invited me to show the series “Pending Photographs” in Houston FotoFest’ 92, Texas, USA. Since 1992 I have exhibited worldwide and my works are included in private and public collections in many countries.

My early studies on Chemistry helped me to investigate different darkroom techniques and develop my own formulas. In 2006 I decided to dedicate full-time to fine arts, and in 2010 I moved with his family to Solymar, a seaside near Montevideo, where I built my second darkroom, a more comfortable and safer one for my new printing processes.

I continuously concentrate my efforts in the search of new projects, techniques and processes for my unique photographic prints. My photographs have been exhibited in the Americas, Europe and Asia, as well as published in magazines and in books. I also write, design and make handmade artist’ books that include haiku, prose, drawing, calligraphy, photography and mixed media.

I was winner of the International Portfolio Review Forum at the Festival of Light, Argentine, in 2004 and 2014. Besides being Honored Guest at FotoFest ’92, I was selected to FotoFest International Discoveries 2007 and 2015, Houston, Texas, U.S.A.

I received First Prize at V Municipal Salon of Arts, Montevideo, Uruguay. I was honored with the Uruguayan Morosoli Award in Arts, in recognition to my artistic trajectory and contribution to Uruguayan Culture.

I base my work in three pillars: the idea, the choice of a technique and the selection of materials to express what I wanted to. I am prepared to receive Chance: it is welcome when I’m investigating my new processes and formulas. I think of it as a fortuitous event that must be always taken into account. Once discovered, I try to put it under control, although perhaps it’s at the inverse. For the developing of film and for the printing of my photographs I use formulas of my own, trying to give each picture a special atmosphere.

For my paintings and my artist’ books I work with different materials and tools. It doesn’t bother me not to have a definite style. Style, in fact stylus, is a word to denote a tool. Ideas and tools express different things in my photographic portfolios, in my artist’ books or in my paintings. In some way they outline my self. They are reflections of interests and moods’ fluctuations along my life and times. I am meanly interested in the frontier between the real and the imaginary, mythology, symbolism, metaphor as an expressive tool, human condition and its search for transcendence.

To quest, to investigate, to answer: these are my aims and my leitmotivs.

I exhibited my work in galleries, universities and museums in Uruguay, Argentine, Brazil, U.S.A., The Caribbean, Spain, Paraguay, France, The Netherlands and Australia.

My work is present in private collections in Brazil, Argentina, USA, Russia, Spain, France, Canada and Uruguay, and in the permanent collection of the Museum of Fine Arts Houston, USA.

Some of the private collections where my work is present:

This is a selection of articles in magazines, books or websites where my work is mentioned: 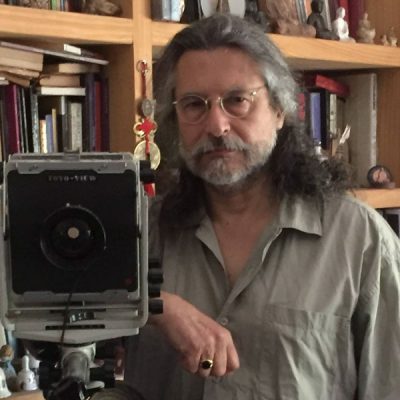