Cities we live in

Cities we live in

Trends show that there are more people living in cities each decade. Many of them take that decision because cities have all what they need: social life, entertainment, comfort. Many other choose to live in cities for a very different reason: opportunities, recognition, work.

In any case, countryside seems now not to be in the preferences of the majorities at the moment to make a living. Urbanization is growing all over the world, and the largest cities are getting larger: that’s what statistics say with their projections.

Someone may think this social change would be apocalyptic: maladaptation, scarce resources, agglomeration, pollution. Others say living in cities is more efficient: everything is closer making sustainability easier, and it also would promote richer cultural development through more dynamic and frequent interactions.

In current times many people decide to live in cities and to vacation in more natural environments, following the call of our (fading) wild side.

Is living in cities an expected consequence of evolution, or is it an unwanted deviation due to external causes? Is living together in massive populations a survival strategy, or on the contrary, would it conduce to Humankind self-destruction?

In the short term, we can observe psychological changes. In the long term, even physiological changes also could occur to adapt to a new way of life and behavior.

I get inspiration from graphs and statistics (which in the end are sketches of man-made mathematical projections) to make glimpses of imaginary/real cities. We live in them as data in statistical equations and decade after decade, millions of people live in a ‘higher building’ of these cities.

Like most projections, they may or may not be confirmed by facts in a near or distant future. Meanwhile, I construct these Cities we live in as demographic visual documents of what it was predicted in my time.

Included in these images are the reference graphs that inspired me to make each piece. Each one (printed on Silver Gelatin FB photographic paper) is unique, due to the chemical process I employed to make them. 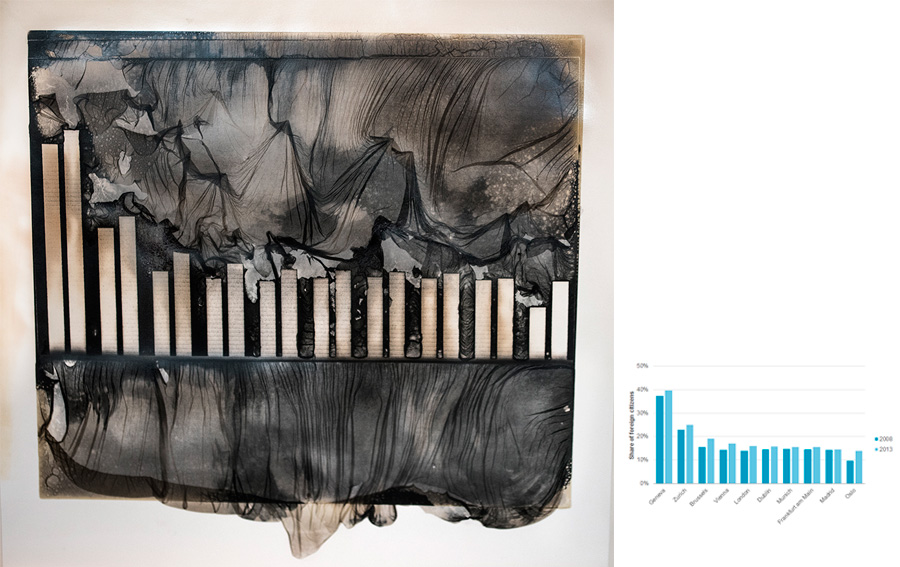 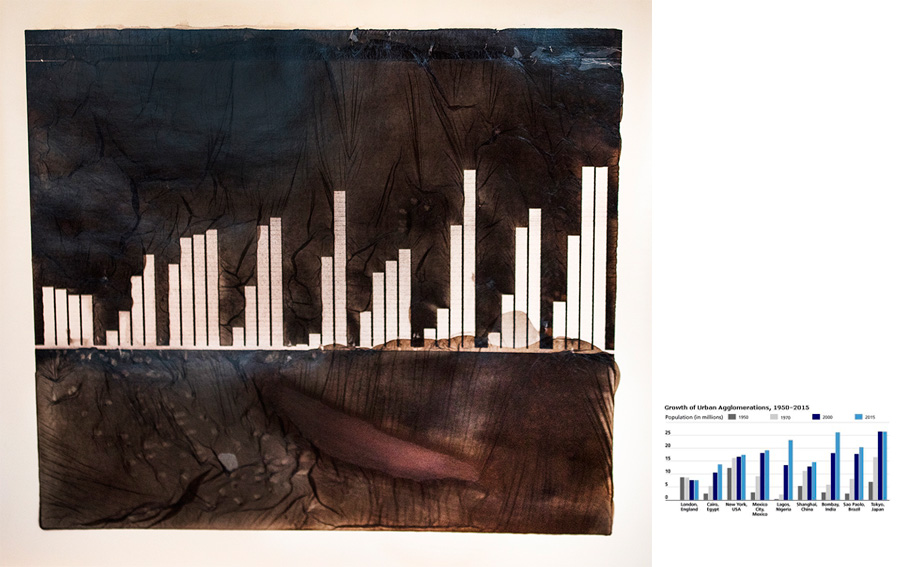 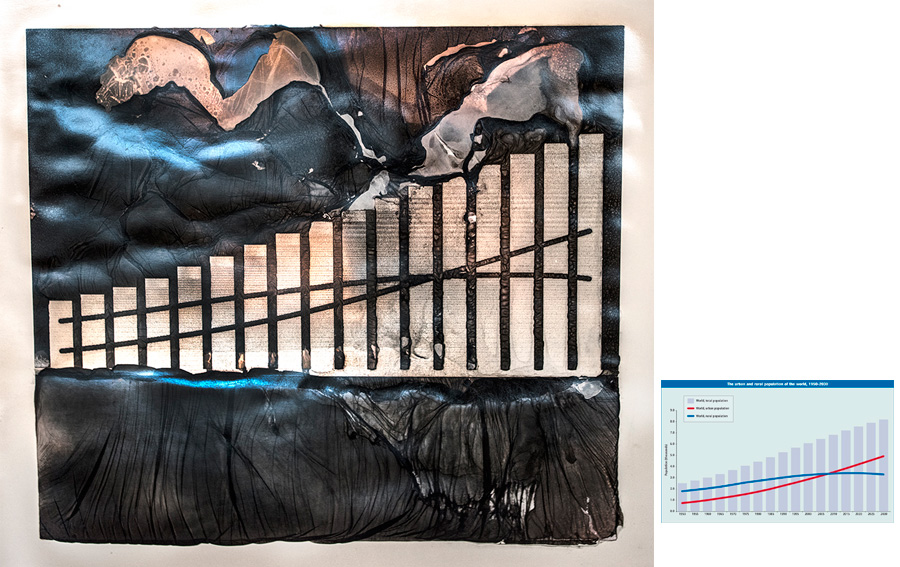 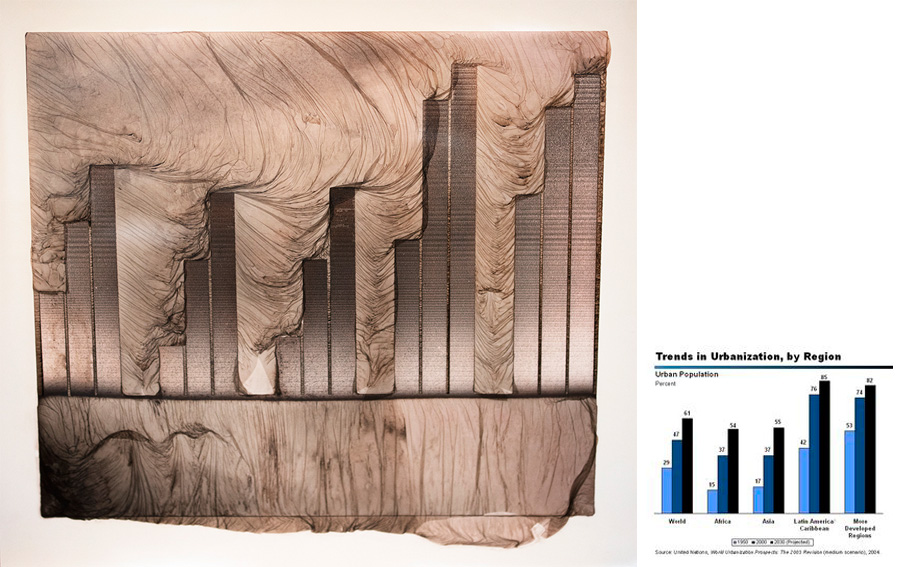