The snail doesn’t know it: like all that exists, it is the fruit of chance. It’s the whole of its being, and in particular the spiral that builds its shape. What makes something spiral-shaped? Is there a cause, a reason, a function defined for that form?

There are entities that share a shape and differ in its scale, its essence, its function; some in the world of living matter, others in the world of inert matter. Snails, for example. Seen up close, they look like galaxies.

We can know the food of snails, the substances that allow it to stay, grow, develop.

Can we say that galaxies are inert matter? How does the body of a galaxy grow and develop, what is its food?

Does it feed on space, gobbling it up, acting like a being who is all mouth, who advances and swallows as time goes on?

Will time also be its food? Is the universe made up of galaxies expanding into space an immense all-encompassing mouth, time included?

I think I’d changed the meaning of my initial proposal, which was just to talk about snails.

Still, one wonders whether the snail was inspired by a galaxy to build its shape, and whether it may chose to be a compact, dense, static galaxy with a direction of rotation that begins at the center of its structure.

It and all snails grow in the same clockwise direction as they expand their body.

If there were only snails in the universe, the word left would not exist. Perhaps that’s why we, also a product of chance, are here to change meanings and directions.

How many ways can we change meanings/directions? From right to left, from literal to figurative, from shallow to deep? And who defines meaning, chance or intention?

By chance or intention, I am photographing a snail, drawing its shape, forming words with lines that are not spirals to describe its spirality.

Someone tells me that word –spirality- doesn’t exist. Line and linearity, yes. Let the spirality exist and be a particular case of linearity, the one in which a straight part deviates its rigid stroke to begin exploring the path of curvature, although that line did not want to end where it began: its desire was to continue expanding its route, without crossing again the path already covered.

There would no longer be an end, unless chance or intention stopped its passage, or if the plane on which it rested turned out to be limited.

This page is a specific case of that story: the piece of paper determined the end of the growth of a spiral. If not, how far would it have continued? And which path would I have chosen to continue? Because there’s more than one path…

The effort of the spiral is tremendous: it must always grow, at a stable pace or at a progressive rate. Stability implies almost equal spaces between the curves, with an imperceptible increase that leads us to a distance from the center.

If the pace is progressive, there is a fact that dazzled more than one snail observer, or perhaps a galaxy observer: such an increase obeyed a mathematical law.

Maybe mathematics always existed, and the human being discovered them. Or maybe they never existed and then were invented by us. To what end? To explain a possible reality? A reality that also contains mathematics, just as it contains galaxies and snails?

What mathematics explains the existence of the snail? All of them, or maybe none. What mathematics represents the snail in the field of ideas? Logarithmic calculation comes to the aid of our minds and demonstrates their adaptability to this issue.

The question arises again: does mathematics come to mind or come from mind? Does this question make sense? Does everything have to make sense?

There’s something that makes sense. For example, the phrase “All snails have a growing sense of rotation towards the right”. This is true if we face the snail and look at it from above. What’s that “up” to look at a galaxy? The answer was given by Physics, long ago: in space, any frame of reference is valid. You have to choose a point and the coordinate axes: from there we will start describing and positioning.

That reference starting point is basic. Perhaps galaxies and snails chose theirs when they began their centrifugal journey. I said centrifuge, and immediately (meaning requires it) the word centripetal came to my mind (or did it come from my mind?). Then, following the curvature into the spiral, the view led me (or did I drive it?) to a dense and compact area: I could no longer discern the place of its beginning (or its end?).

Thus they remained, the eye and the snail’s shell, conscious matter and inert matter, looking at each other, until at one point the snail ceased to be such to become an immense galaxy that swallowed me, in the same way – I knew it in that instant – that it had always done it, and with me, to the space around me, and the time that included me.

As I got lost (in more than one way) in the trajectory of its line, I heard the voice of the Form speaking to me without words, as it contracted more and more, in increasingly tight inflections, until it finally stopped.

I remember perfectly well those words I never heard, while the feeling of vertigo brought me back to reality, which was actually another one:

I didn’t get to understand. Neither that, nor anything at all. No galaxies, no snails. No sense, no sense of function, no function of form, no form of chance. All I know is that a new type of snail was born. 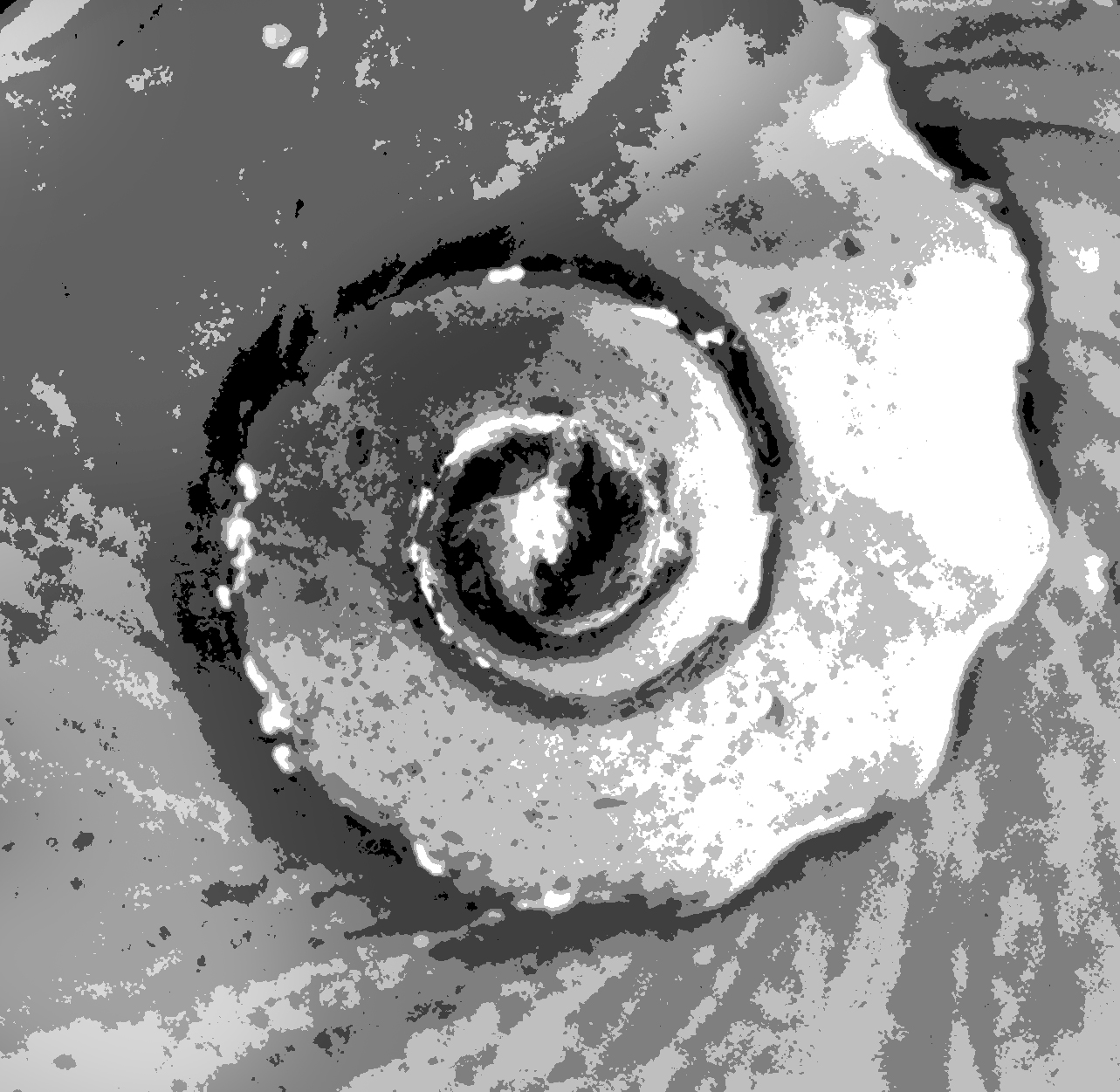 It can be downloaded for free here to be read on screen, it’s protected so that it can’t be printed.